Guided Touring
Below are the tour details. On this page you can find specific information about this tour.
Expand the sections below to view your day by day itinerary, tour inclusions and details, departure dates, availability, pricing, and a tour map.
If you like the tour below click the 'Add To Favourites' button, if you wish to search for other options click on the 'New Search' button to continue browsing.
When you’ve finished searching click ‘Show Favourites’ so you can easily review your choices. In this section there is an option to add your details and one of our touring specialists will contact you to provide further information and make your booking.
68809
New search

Sightseeing in each city includes the top-see attractions, including a visit to Hers’ Square in Budapest, founded in 1896 to represent 1000 years of Hungarian history; gothic St. Martin’s Church in Bratislava, coronation church for the Kingdom of Hungary from the 16th to 19th centuries; St. Stephen’s Cathedral in Vienna, dating back to the 12th-century; the Esztergom Basilica and Treasury, the largest church in Hungary; and in Prague, the Astronomical Clock, built in 1410, and Hradčany Castle grounds, dating from the 9th century. Enjoy a guided walking tour in the town of Český Krumlov, a UNESCO World Heritage Site with a cobbled Old Town and fine architecture in gothic, renaissance, and baroque styles, constructed between the 13th and 17th centuries.

Globus has also included some special experiences for you. On the way to Prague, stop for a guided visit of Hluboká Castle; visit the Budvar (Budweiser) Brewery in České Budějovice and enjoy a light lunch; and to get an authentic taste of life in Vienna, Globus has included an exclusive waltz dance class, and coffee and cake at a historic local café.

From Prague, travel by high-speed train to Berlin for three overnights and guided sightseeing with picture stops at the Brandenburg Gate and Holocaust Memorial. All services in Berlin, including Local Host assistance, are provided by Monograms.

Historical sights, fascinating history, exciting special experiences, an expert Tour Director, and knowledgeable Local Guides who bring these destinations to life… this Central Europe tour has it all!
Tour details Collapse
Itinerary Expand all
Day 1 - ARRIVE IN BUDAPEST, HUNGARY.
Welcome to Budapest! At 6 pm, meet your Tour Director and travelling companions for a welcome dinner at a local restaurant. (D)
Day 2 - BUDAPEST.
Eastern Europe's most cosmopolitan city comes to life during your guided sightseeing. See elegant Andrassy Avenue, the Thermal Baths, and visit the world's second-largest Jewish SYNAGOGUE. From the lookout towers of Fishermen's Bastion, enjoy a panoramic view of the sprawling city, and admire the 13th-century Matthias Coronation Church and HERS' SQUARE. Afternoon at leisure. Tonight, a delectable optional Hungarian specialty dinner can be arranged. (B)
Day 3 - BUDAPEST-ESZTERGOM-BRATISLAVA, SLOVAKIA.
Esztergom was the capital of Hungary from the 10th through the mid-13th centuries and is the seat of the Roman Catholic Church in Hungary today. Your guided tour includes a visit to the ESZTERGOM BASILICA AND TREASURY, the largest church in Hungary. Continue to Bratislava, capital of Slovakia, and explore the historical centre of Bratislava on foot with your Local Guide. Marvel at the medieval towers and fortifications, of which St. Michael's Gate is the oldest. See the medieval Town Hall, gothic ST. MARTIN'S CHURCH, and many palaces, like Grassalkovich Palace. Built around 1760, it is now residence of the Slovak president. Also see the Archiepiscopal Palace, seat of the Slovak government. (B) Today's Distance: 261 mi / 420 km
Day 4 - BRATISLAVA-VIENNA, AUSTRIA.
Cross the nearby Austrian border and arrive in Vienna, once the centre of the mighty Habsburg Empire. Your guided sightseeing features a stop at the colourful and unusual Hundertwasserhaus, and a drive along the famous Ringstrasse with its magnificent buildings. See the Vienna State Opera House; the Jewish quarter; and stop at the Hofburg Palace, winter residence of the Austrian imperial family. Marvel at the impressive courtyards and famous HELDENPLATZ, and visit awesome ST. STEPHEN'S CATHEDRAL. This afternoon, in the city of Strauss, a special highlight is an exclusive WALTZ DANCING LESSON. (B) Today's Distance: 93 mi / 150 km
Day 5 - VIENNA.
In the morning, join the locals at the historic Cafe Landtmann for Kaffee und Kuchen (coffee and cake). Balance of the day at leisure. Why not join an optional excursion to splendid Schonbrunn Palace, the former imperial summer residence. (B)
Day 6 - VIENNA-CESKY KRUMLOV, CZECH REPUBLIC-CESKE BUDEJOVICE.
Cesky Krumlov is a small town in southern Bohemia in the Czech Republic. It has been listed as a UNESCO World Heritage Site, mainly for its fine architecture in gothic, renaissance, and baroque style, constructed between the 13th through the 17th centuries. A guided walking tour shows you the main sights, before arriving at your hotel. (B,D) Today's Distance: 162 mi / 260 km
Day 7 - CESKE BUDEJOVICE-HLUBOKA CASTLE-PRAGUE.
Start today with a visit to magnificent HLUBOKA CASTLE, a national cultural monument of the Czech Republic. Return to Ceske Budejovice for an enjoyable visit to the BUDVAR (Budweiser) BREWERY, followed by a light lunch. Arrive in Prague, capital of the Czech Republic. An optional evening tour is available to explore Prague by night. (B,L,D) Today's Distance: 112 mi / 180 km
Day 8 - PRAGUE.
Morning sightseeing with a Local Guide features a visit to the 1,000-yearold HRADCANY CASTLE GROUNDS, which afford lovely views of St. Vitus Cathedral and the castle's walls and bastions. Originally laid out in the 16th-century, the grounds reached the present park-like form in the early 20th-century. Also see the Old Town, the Jewish ghetto, and the ASTRONOMICAL CLOCK, once the envy of all Europe. This evening, enjoy a farewell dinner at one of Prague's fine restaurants. (B,D)
Day 9 - PRAGUE-BERLIN.
Travel by HIGH-SPEED TRAIN (first class) to Berlin. Your Local Host can help you maximise your time.
Day 10 - BERLIN.
Morning guided sightseeing includes the restored Reichstag, remains of the Berlin Wall, Checkpoint Charlie, and Museum Island. Time for a picture stop at the HOLOCAUST MEMORIAL and BRANDENBURG GATE. (B)
Day 11 - BERLIN.
Your Local Host will have suggestions for your day at leisure. (B)
Day 12 - BERLIN.
Your holiday ends with breakfast this morning. (B)
Inclusions Expand
11 breakfasts
11 lunches
11 dinners
Departure dates Expand 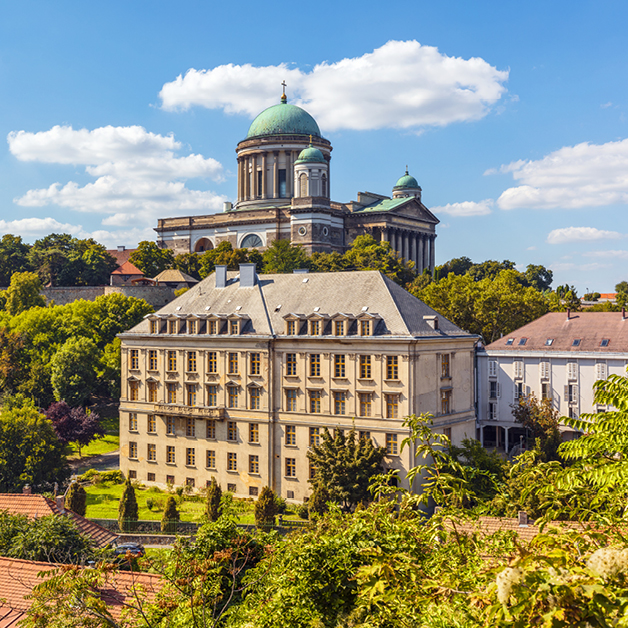 Request a call back from Emma Whiting Travel.